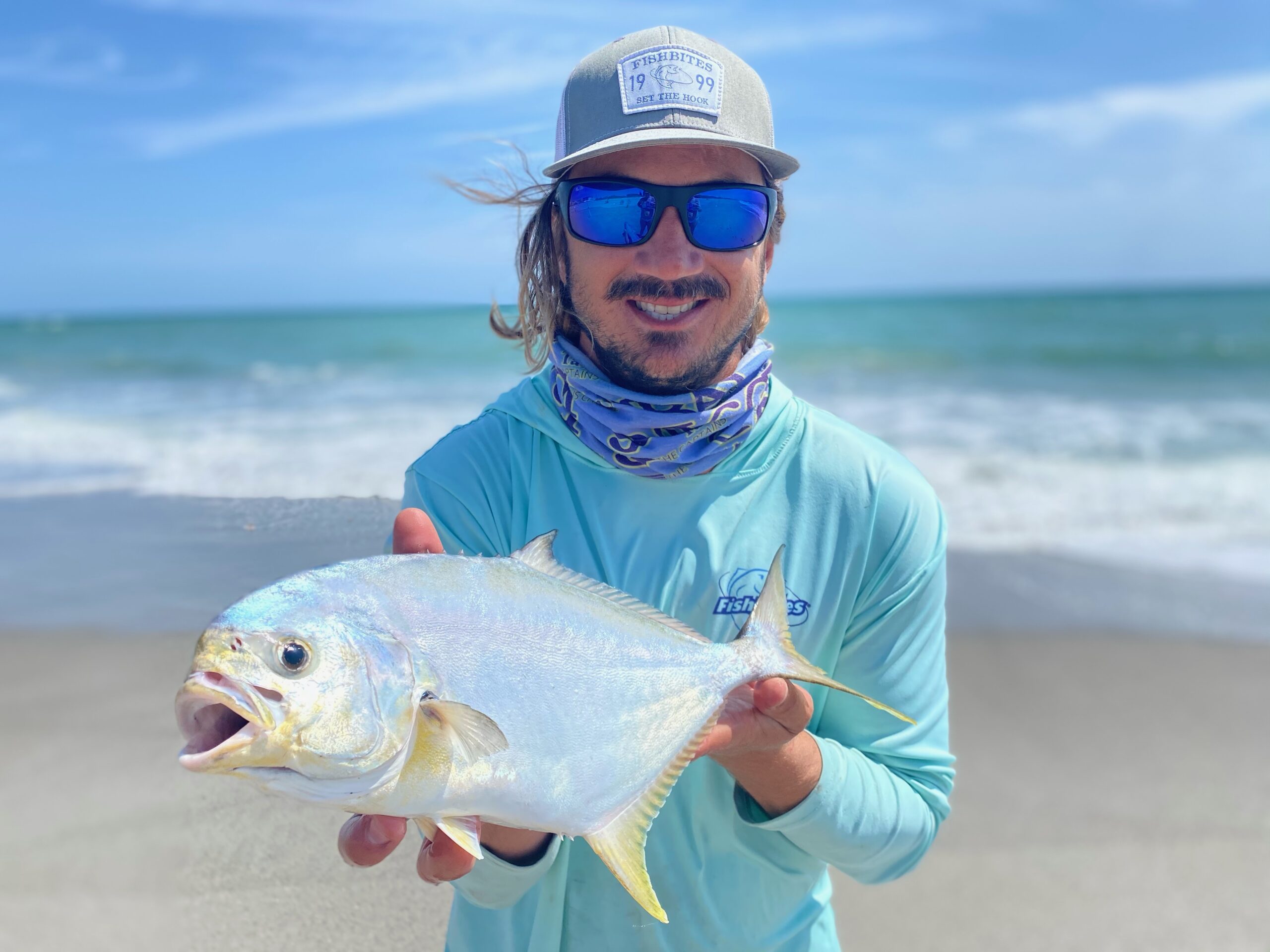 What a week to recap surf fishing here on the Central East Coast of Florida! Reports ranging from Jupiter to New Smyrna, including Brevard County, all showed similar trends in species that are running the surf – pompano, sharks, whiting, blue runners, ladyfish and mackerel rounded out the most commonly sought after and caught fish that were targeted from shore. The insane shark fishing continues to bend rods and bring smiles. It’s fun times, until it’s not our intended target and then these predatory species become responsible for hijacking your hard-earned pompano or whiting resulting in a broken rig or half a fish!

The water temperature held steady in ideal ranges and the winds cooperated to bring shades of blue and green water throughout area beaches. This resulted in high performance catches throughout the week with the need to shake a few blue runners and jacks in the process of bagging good numbers of pompano and whiting.

Pompano fishing continues its reign as the spring run kicked into high gear last week. Daily limits were had by surf fishing anglers along the Space Coast, who put in the time and effort. Southern Brevard beaches held consistent migratory fish charging back from their wintering in southern Florida waters.

Those who stood ready reaped the rewards as not only were the numbers up, but the size as well. Pompano measuring from 15-18 inches to the fork of the tail were common catches. These brute fish were weighing in over 3-4 pounds and tested the tackle. Pompano rigs with an assortment of beads and floats were used to match the bite preferences per day. Less proved best on most days with a small bead or minimal diameter float doing the job, with a percentage of fish coming on a naked rig with no float or bead as well. Live sand fleas, blanched fleas and cut clams were found to be the best baits of choice as of late. Fishbites in the sand flea flavor, white clam, pink shrimp and chartreuse crab tipped with the above-mentioned baits or stand alone caught increasingly productive numbers.

With each day bringing a deviation in the fish’s preferred scent, it’s important and recommended to start your day with a broad pattern and dial in on what’s getting bit up. From day to day it seemed to deviate from sand flea scent to the clam scent, and then the next day pink shrimp flavored did phenomenally well. So don’t stick to one when beginning your day, try three or four and observe which scents receive the most attention.

The coming week looks like another good one for the local surf fishing community, and I absolutely encourage everyone to hit the beach. When doing so, remember to religiously fish the different zones of the surf. Multiple times last week the fish were concentrating in varying zones from day to day, tide to tide and time of day. It became a constant experiment to find their preference each day. So cast in a staggering pattern for optimal return. Shore fishing charters numerous days found plentiful catches at 20-50 yards only to find them 100 yards out the following day in those varying cycles. It’s an awesome time of year to fish, so get on it! 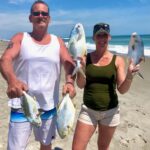 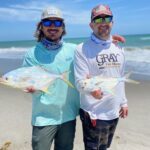 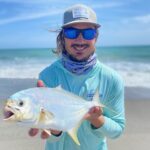 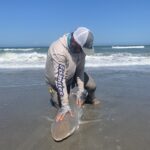 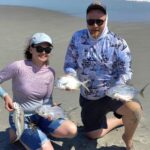 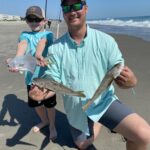 Things to do in Cocoa Beach 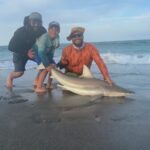 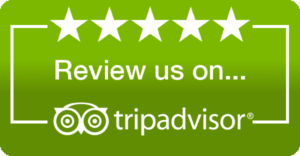